Developer comment: One of the obvious advantages to running a PTS in multiple phases is we can be afforded the opportunity to try experimental ideas while receiving immediate feedback. We knew this would be a controversial change, but wanted to try it anyway in order to see how it would affect the end-game meta. Unfortunately, one of the things we failed to do was appreciate just how much a blanket resistance buff to NPCs would affect the viability of non-crowd-control status effect builds. We never intended to release TU10 with any sort of nerf as significant as that, and fully intended to land somewhere much lower than the resistance values seen in PTS phase 2. Despite those intentions, we agree these resistance changes are not in the best interest of the game, so they have been entirely reverted in favor of addressing the particular crowd-control skills we feel are currently scaling too high in both uptime and frequency. More information on those changes can be found below in the Skills portion of these patch notes.

Developer comment: Several issues regarding loot not scaling properly in PTS phase 2 have been addressed. These are specified in the Bug Fixes section.

Developer comment: TU10’s significant buff to weapon handling meant some exotic weapon mods no longer made sense or resulted in over tuned performance that no longer fit with the original design profile. We also took this opportunity to make improvements to underperforming exotic mods/configurations.

Developer Comment: Merciless was previously balanced for its very unwieldy handling and compensated with very high burst damage. With access to much higher weapon handling, this is being toned down dramatically.
Eagle Bearer

Developer comment: The intention for Foundry Bulwark is for it to be the premiere gear set choice for tanks, or players looking to maximize their survivability, especially when paired with a shield such as the Bulwark. These values should better represent the level of survivability we intended this gear set to provide, as we still want situational awareness and smart positioning to be a factor in moment to moment decision making. The previous tuning during PTS phase-1 and 2 meant even bad play couldn’t be punished due to the overly generous damage reduction and self-repair strength.

Developer comment: The Cluster Seeker Mine is not intended to be as accurate as the Explosive variant. Once it is a certain distance from its target it locks the location it is aiming for and continues towards that regardless of where its original target agent has since moved to. This „bullcharge“ behavior reflects the mini-mines‘ less advanced technology and balances the skill mod’s effectiveness. This said, we have noticed that the Cluster Seeker’s accuracy has been a source of frustration so we’ve shortened the distance until it activates its „bullcharge“ and adjusted when it decides to explode. These adjustments should make the Cluster Seeker feel more accurate, but these are measured steps as we do not want the skill to return to its OP TU7-state.

Developer comment: In order to make investing in skill tiers have a greater impact on the Stinger Hive’s damage, we slightly reduced base drone damage, while doubling the amount of damage gained with each skill tier. These changes will result in a net buff for dedicated skill builds, with a 10% increase in Stinger Hive drone damage at skill tier 6 compared to TU9’s live values.

Developer comment: Increases to the Restorer Hive’s radius had the unfortunate effect of increasing the time it took for repair drones to reach their target the further they were from the hive. Increasing drone flight speed with each skill tier should help offset that somewhat counter-intuitive behavior when taking advantage of the increased area of effect, and make the Restorer Hive a more reliable tool for healers.

Developer comment: One of the core objectives for the design team when working on Warlords of New York was to make the endgame challenging again, and to put a greater emphasis on both personal and group build synergy. When we shipped Warlord’s of NY, we reduced the maximum power deltas on gear, which meant players could no longer „over-gear“ content like they could previously, which had the desired effect of making difficulty levels matter again. While we consider that a success, it also had the fortunate consequence of bringing to light a lot of degenerate NPC behavior that was always present, but entirely invisible, due to players being 4-5x more powerful than the content they were doing prior to Warlords.

This re-tuning of the RPG mechanics has forced us to audit the economics of our NPC encounters in more ways than one, in order to address unfair, overly punishing, or generally overtuned NPC archetypes. We consider all of this a good thing, because it keeps us honest as developers, and the game as fair as possible, without compromising what makes difficult content fun and rewarding in the first place: the challenge.

With all that said, two things were clear from the start of Warlords launch: NPCs were too powerful, and player crowd-control (CC) skills were scaling too high. One became a necessary evil to combat the other, and so we were reluctant to make any changes to CC skills before addressing the core issue of NPC balance. We believe the tuning of NPCs and their scaling across the different tiers of difficulty is in a much better/healthier place as of TU9.1, and the generous amount of buffs to weapon damage and gear coming in TU10 will only further tip the scales in the player’s favor. In order to maintain a healthy balance between players and NPCs at the highest difficulties, and to preserve the integrity of our vision for endgame, we now need to address the power of crowd-control skills.

The changes outlined above were done to bring dedicated crowd-controller builds more in-line with what we expect their contribution to a fireteam to be. CC effects act as powerful force-multipliers, multiplying the strength of every individual on a team by both lowering/preventing incoming damage entirely, and enabling the group’s damage dealers to do so with impunity. The current tuning of CC effects on live (TU9.1) lead to NPCs on even legendary difficulty being snared/blinded/disrupted/confused for longer than the cooldown of the skill itself, giving them no opportunity to defend themselves, or fight back once the CC effect wore off. This inevitably lead to situations where the only time a group with a dedicated crowd-controller would come under threat was when NPCs reached immunity through diminishing returns from constant re-application of CC effects, or the CC effect itself failed to register or apply on activation (which we will continue to address and fix, now more than ever).

A more insidious, and less visible consequence of having overpowered crowd-control effects, is that it discourages the desire or need for any other form of group composition that isn’t 1x CC 3x DPS. Why consider bringing along a tank or healer, when your crowd-controller essentially does the job of both? There is no need for a healer if the group never takes damage, and no need for a tank if the NPCs are always incapacitated or rooted in place.

It’s important to stress that none of these changes were made to discourage bringing a crowd-controller to a gunfight. In fact, we’re more than confident that dedicated crowd-controller builds will remain the linchpin of any heroic or legendary group, due to just how powerful these CC effects are despite their reduction in uptime. What we do envision happening, hopefully, is a reconsideration of what to bring to your next gunfight, and that maybe the value of healers/tanks will increase as the proposition of smoothing out the bumps between crowd-control opportunities becomes something to consider.

Developer comment: We want dedicated skill builds to have multiple, powerful defensive tools for area denial/control. In an attempt to replace the loss in bleed damage on the stinger hive during the first wave of the PTS, we overcompensated with a buff to the hive’s base drone damage that made it too powerful in the hands of non-skill builds. In order to address that, we lowered both the base damage and PvP modified damage of the stinger hive’s drones but doubled the amount of damage gained from skill tiers. The end result is a -55% reduction in stinger hive damage compared to the PTS phase-2 values at skill tier 0, and -10% at skill tier 6. Compared to TU9 (live) values, it remains a 20%-65% increase in stinger hive damage in PvP. 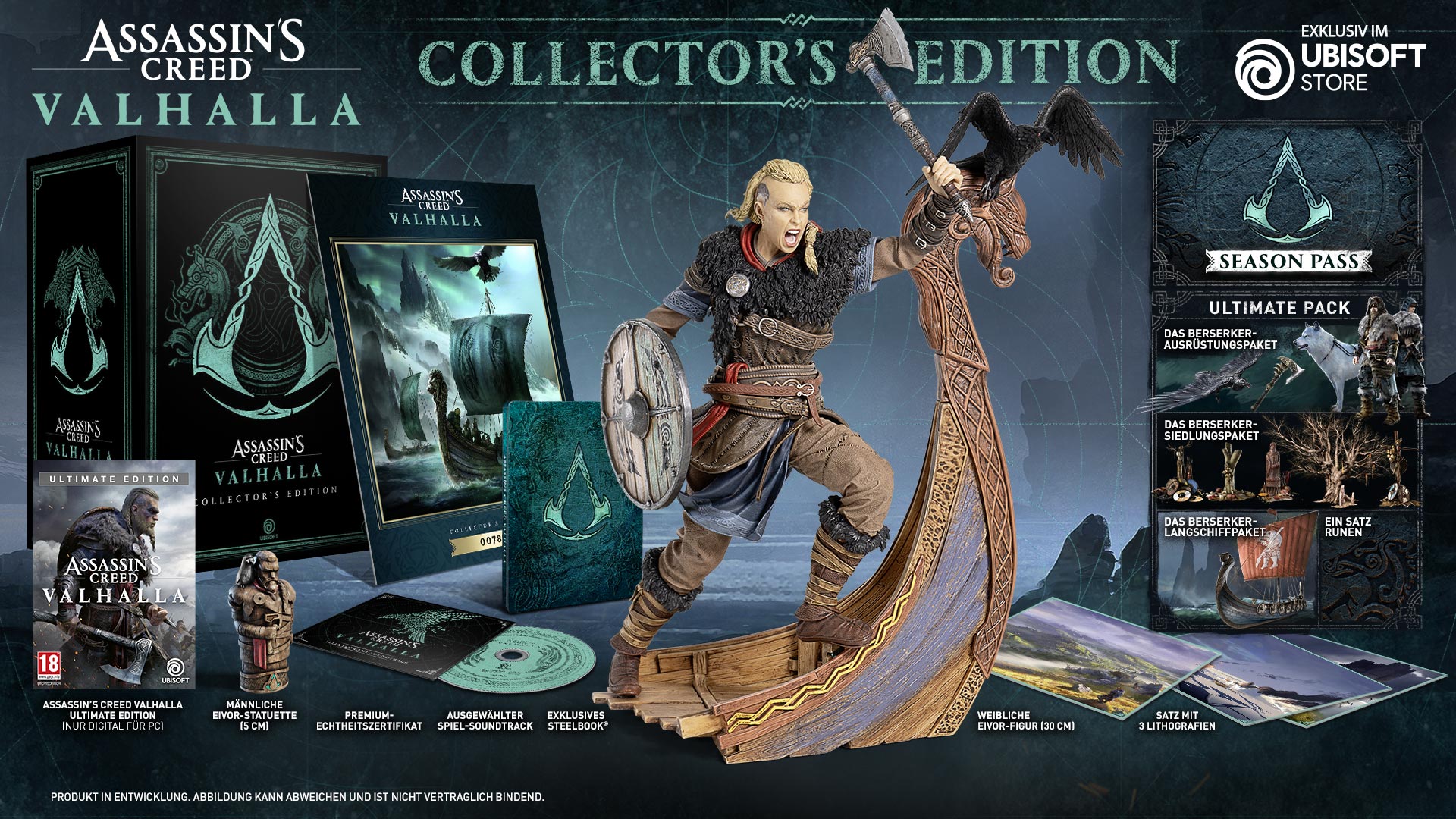